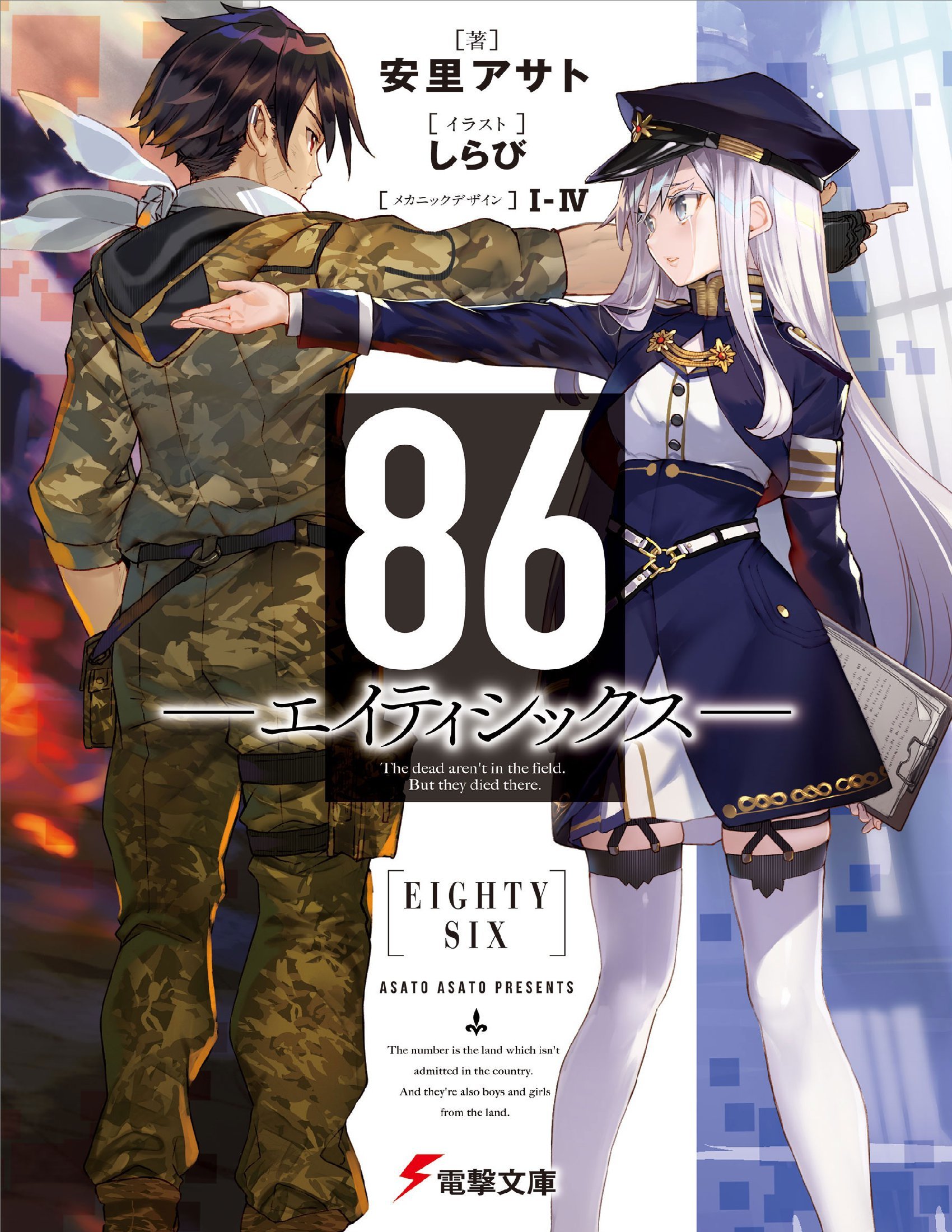 The Republic of San Magnolia.

For a long time this country was attacked by its neighbor, the Empire, which created a series of unmanned military vehicles called the Legion. In response to the threat, the Republic successfully completes the development of similar technology and reflects the enemy’s attack, having managed to do without casualties. But this is… the official version. In fact, there were victims. Outside of 85 districts of the Republic there was actually another one. “The non-existent 86th district.” It was there that day and night continued the battles in which young men and women from the detachment known as Eighty-Six participated—they fought in drones…

Sheen directs the actions of young suicide bombers while on the battlefield. Lena is a “curator” who commands a detachment from a remote rear with the help of special communication.

The farewell story of the severe and sad struggle of these two begins!