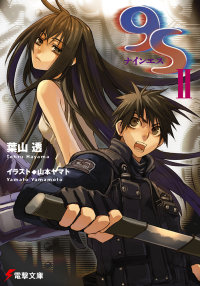 9S is set in an age of science, but in a too distant future. The Mad Scientist, Mineshima Yujiro, disappeared several years previous to where the story begins. The inheritance he left behind, the technology and objects he had created, were given the codename ‘Legacy’, and are highly sought after by government agencies and terrorists, for reasons both good, and…not so pleasant. One of these ‘objects’ he left behind was his daughter, imparted with a mental calculating capacity that dwarfs supercomputers, combined with her physical body, which makes for a devastating combination.