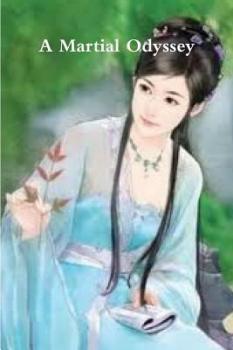 “It is said that when a martial exponent reached the highest state of divinity of their arts, they be able to transcend into Celestials, overcoming the limitation of life and death. And as Celestials, they have to overcome seven celestial divinity, Genesis, Enlighten, Emotion, Transverse, Seventh Sense, Crisis and Ascend in order to transcend to the Heavens.”

A Martial Odyssey is an epic quasi-fantasy/wuxia fiction, of a young man Yi Ping as he braved untold dangers in the martial fraternity. The powerful Honor Manor rules the Orthodox Martial Fraternity, yet there are other equally mysterious martial clans that are outside the influence of the orthodox fraternity; like the Eternal Ice Palace, the Virtuous Palace and the Celestial Palace.