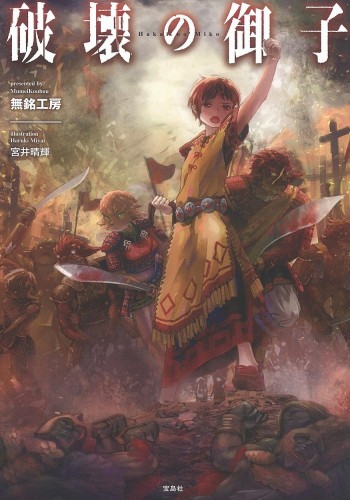 In modern Japan, ordinary high school student, Kizaki Aoiuma, was suddenly summoned to a different world. Human beings in that world oppressed and conquered the demi-humans. Aoiuma, in order to save the beast people who helped him, will fight with the Humans’ leader using his knowledge of comics and games.

This is the story of the boy who was the worst of vandals and would be feared enough to be called the “Son of Destruction” in the future generations.