The Analects of Righteous Father’s Collapse 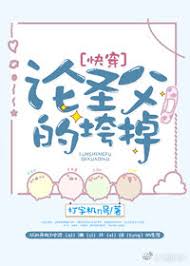 Jiang Liu lost his father at the age of three. When he turned five, her mother decided to ran away with another man. At the age of fourteen, he sent away the only relative he had, his grandfather, before carrying a small amount of property and stepping into the big dyeing tank called society. He was stingy, selfish and absolutely disgraceful. Except for breaking the law, he accumulated all the bad habit available to the mankind. Yet, such a man, after an unexpected death, was bounded by a silicon-based creature called the righteous father’s system. Since then he started his magnificent career in the world system.

World 1: On the ultimate evolution of unquestioning filial piety;

World 2: The man who loves to boast;

World 3: The search for the second spring for one owns mother

World 5: The self-cultivation of a national husband

World 8: My home has a baby egg

World 9: The correct way of wearing the green hat

World 12: The rebellion plan of a martyr

After several worlds went by…..

Righteous father’s system 001: [Shivering], I wonder if I still have time to change my host.